Sigma Alpha Iota is an international music fraternity for women. Since its founding in 1903 in Ann Arbor, Michigan, thousands of members have been initiated worldwide. SAI's main goal is to promote interactions between women who share a deep commitment to music. The members of SAI devote many of their talents and energies to providing support for Sigma Alpha Iota Philanthropies, Inc. in the form of donating to People-to-People and donating to scholarships funds, to name a few.
​ 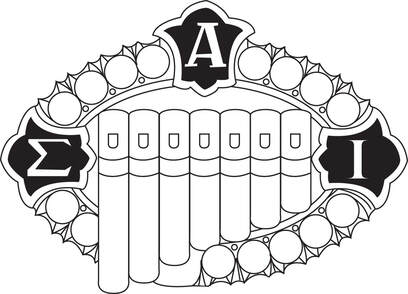 The Purpose of Sigma Alpha Iota

TO FORM chapters of women college students and alumnae who have a sincere interest in music.
​
TO UPHOLD the highest standards of music.

TO FURTHER the development of music in America and throughout the world.

TO GIVE inspiration and encouragement to members.

TO ORGANIZE the cultural life of Sigma Alpha Iota members as a contributing factor to their educational growth.

TO SUPPORT the ideals and goals of the member's Alma Mater.

TO ADHERE to the highest standards of citizenship in school, community and fraternity life.